There were some things that were more of a social thing than they are now.  Our guide demonstrates. 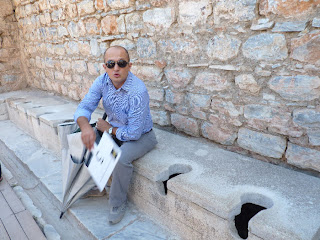 Perhaps the most iconic building in Epohesus is the Library facade, 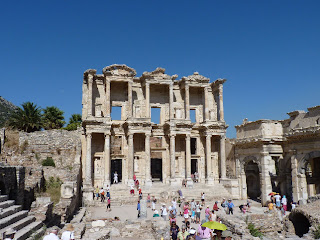 there is only an entrance room behind but the actual building stretched over a hundred yards behind. It must have been a true wonder. 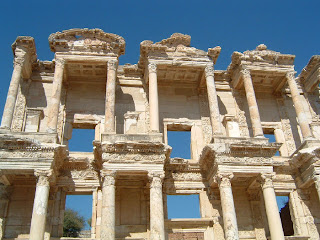 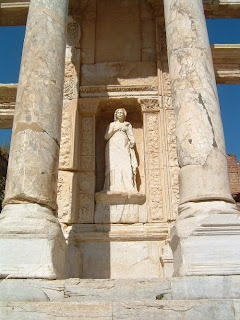 The last part of our visit was to the large theatre, 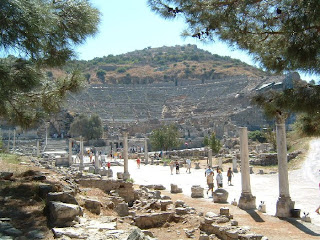 Back in Kusadasi we visited a carpet maker, we were shown some beautiful carpets which can take a year to make.   We had a quick look round the town trying to avoid the over zealous shop keepers. I am sure they would sell more if they would let you look before they pounce. 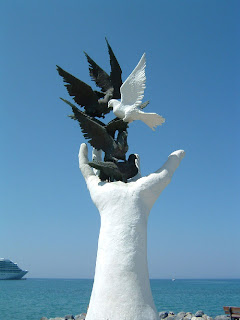 Then it was back to the ship for R&R before returning to Ephesus for a classical concert in this magical setting. 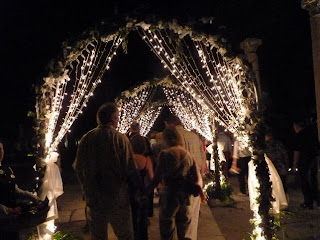 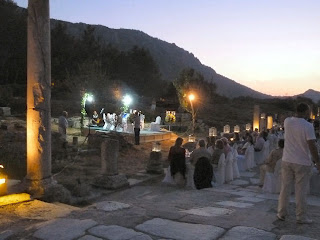 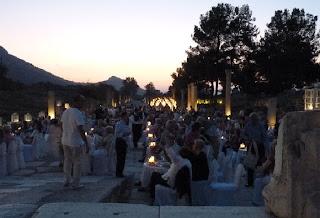 As though all this was not enough we ended the day with a movie under the stars.  What else but "Mamma Mia" 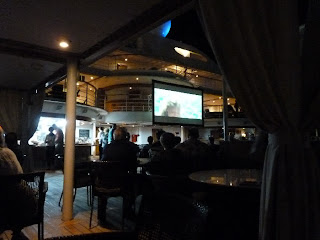 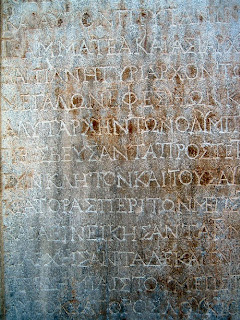 and  here's one I made earlier. 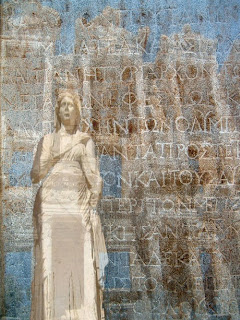 Fantastic. I loved the concert picture. It must have been magical.