....well not really. Just a glorious excuse to sit with my feet up and sew. Op went  OK and I now just have to get myself in working order again. 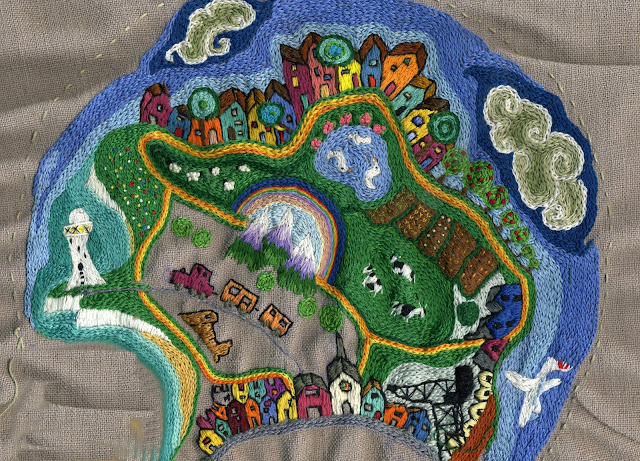 My little world has aquired a few more houses,  a train, a lighthouse and I think that is meant to be Piel Castle. 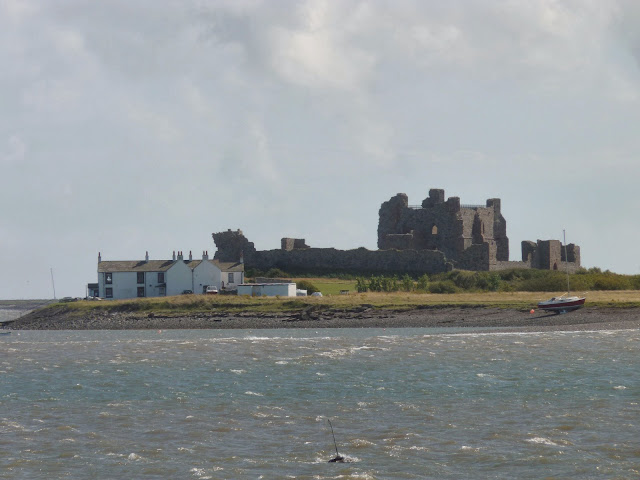 This piece is becoming even more auto-
biographical by the minute.
When I go north there is a pont where the M6 motorway crosses the Manchester Ship Canal that is when the light seems to change and I take a deep breath of contentment.  If you go to Barrow in Furness by train there is a bit where you cross the viaduct over Morecambe Bay and you can see what apprears to be a lighthouse  on the top of the hill.  This gives me the came feeling,  of "coming home" (Cross now, I had a super photo i took from the train and I can't find it.)
Silly isn't it, I have been away from "home" for 58 years but each time I visit I have these emotions.

When I first came to London in 1960 travel by train was the only option for me.  If you were making the journey on a Sunday it could take eight hours to get to Euston.  When were married we would have like to spend our honeymoon in Cornwall but it would have taken 3 days to get there from Barrow as we only had a weeks leave it wasn't an option so we spent it in the Lakes. (Not a bad trade off.)

The "lighthouse" is  called The Hoad  locally and is a monument to Sir John Barrow who was born in Ulverston and became naval explorer. I do have a real lighhouse connection  though. One of my greatx3 grandfathers was the Lighthouse keeper on Walney island which was up for sale recently.  That would have been fun but the lighthouse tower was not included. 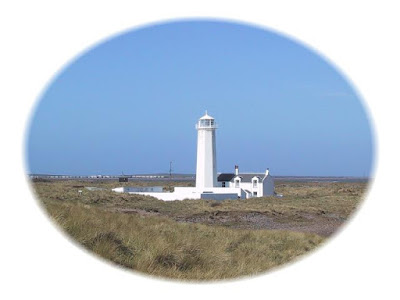