My friend was still unwell so I set off for the Tate on my own.  It was one of those lovely soft grey days in London so I enjoyed the walk down Whitehall and along the river. Past Westminster Abbey 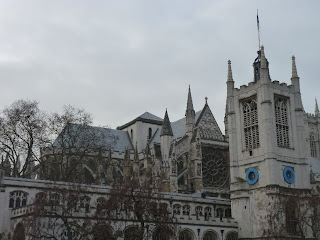 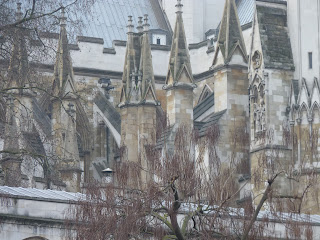 and seeing the less famous side of the Houses of Parliament. 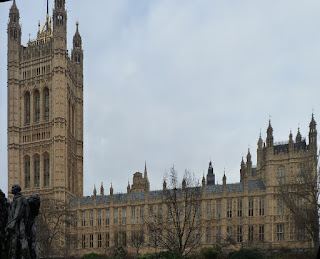 but when I arrived at the Tate I found they were booking tickets for 3pm in the afternoon.  Ah!! A 4 hour wait. Moral don't leave exhibitions until the day before they close.
On the train  I had read that there was an Ice Festival at Canary Wharf this weekend. I can see Canary Wharf from my bedroom window but I have never been there so that seemed like a good idea.
Wow.  Only the taxis tell you this is London. 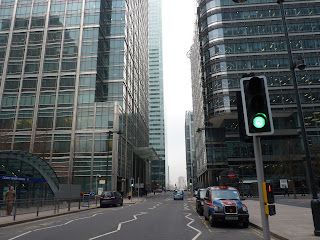 The festival had only just started and the contestants were getting to grips with huge blocks of ice. There were saws 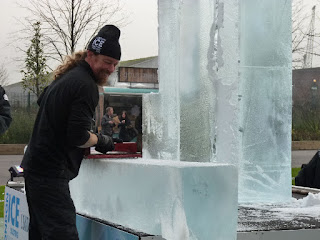 and lots of chain saws 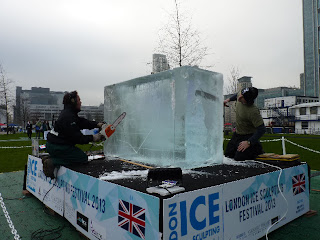 It was fascinating. I took loads of photos so that I can check what the blocks turned into.
There was a very elegant pair of street performers. 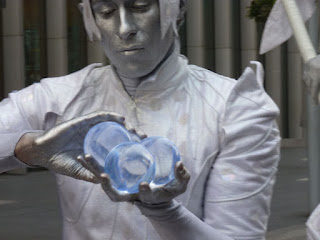 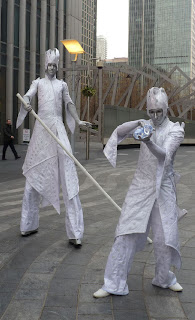 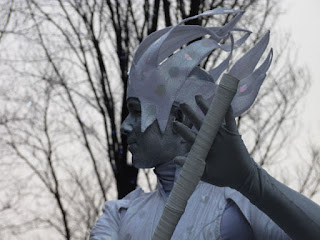 I returned my usual stamping grounds of central London, a quick visit to the London Graphic Centre and Cass Art and then home with a new label maker and a clutch of sketch pads. I will have to try and do better with the rest of the things on my list but although it was not what I planned it was an interesting day. 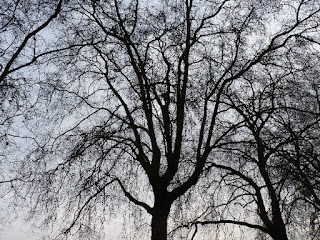 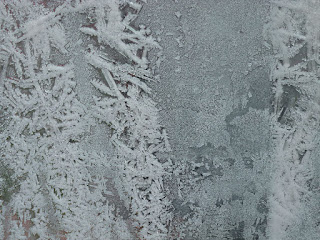 What lovely photos, sounds like you had a great day out, loved the street entertainers.

Aha that all sounds wonderful. I spent 2 hours in the Graphic Centre last Saturday. Poking and prodding mostly but also a little spending of course. Happy sketching !!