One of the things that suprised me yesterday at the Hollyood exhibiton yesterday was the attention to detail on every level of the cotumes, but the thing that really dropped my jaw were three beaded dresses made in the 1930's.
This one was worn by Joan Crawford in "The Bride Wore Red". 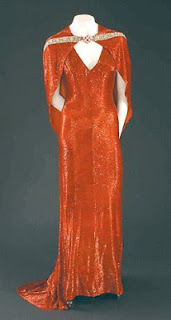 The dress was covered in 2 million beads which weighed 30lbs. I gleaned this information here
The film was made in black and white so it's full colour glory wasn't seen on film. 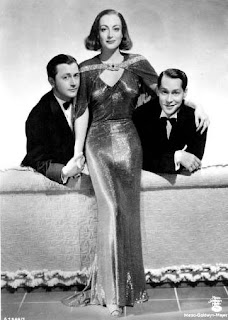