I think am I am delighted with the new resource on the Find My Past site. They have added a selection of British Newspapers from 1790 - 1950.Not only have I found the death notice for my Gt x 3 Grandfather but I have I have found a source of fascinating reading.
This obituary caught my eye...
"...of Covent Garden Theatre. After an illness of three weeks, caused by excessive inward debility, brought on, as it is supposed, by a diseased liver, and which at last attached itself to the lungs, he breathed his last a few minutes past eight o'clock on Thursday evening, at his house in Hyde Street, Bloomsbury. He was in his 47th year, and has left an amiable widow and seven young children to lament their loss, for whose future support there is reason to fear he has not made the most slender provision. Mr E. was highly esteemed by all who knew him, and everyone who has been a frequenter of the theatre is well aware of his superior talent as an actor."  Seeds of a whole novel here I think.
Poor woman.
The reason I only think I am delighted with this resource is that I can see me spending even more hours glued to the screen.
The little church at Crosscanonby in Cumberland where my Gtx2 Grandparents were married. 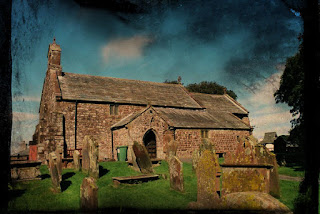 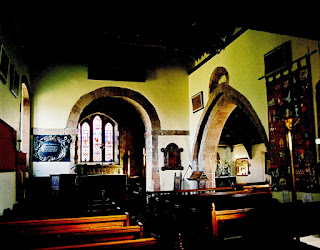 An intriguing novel, indeed! And what a lovely church! Our oldest ones (Eastern Canada) cannot compare...

Newspapers too........what fun, can see what you mean......looks like a move from Ancestry for me now lol