End of the first week of our holiday.  Now this is a city which needs way, way more than a flying visit.  The Odyssey docked at Piraeus and we were taken into the city by bus. 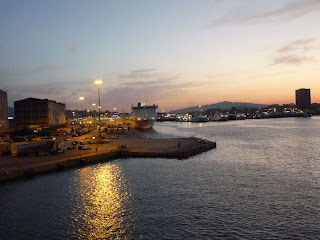 Our first stop was the stadium where the first of the modern day Olympic Games were held in 1896. A much simpler affair than the transormation of east London which is taking place right now.. 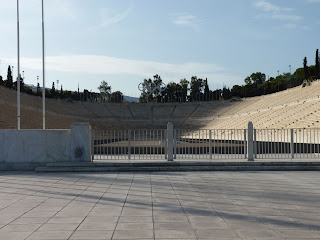 We then drove past many imposing buildings and caught just a glimpse of the famous Evzoni. 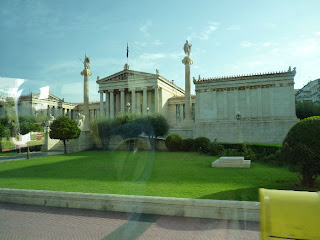 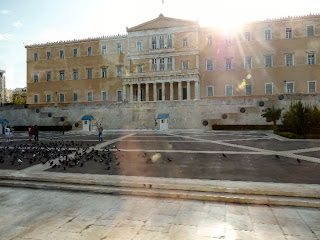 Our next stop was the amazing Museum of the Acropolis It is built with glass floors above the ruins of the older city. ﻿ 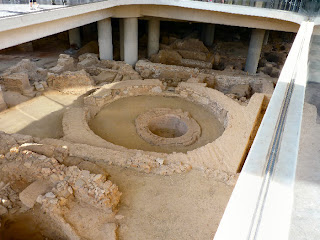 eventually this older part will be open too.  Inside where photography was strictly forbidden,  we were made very aware of the pieces that are in the British Museum, known as the Elgin Marbles.
Our final stop was the Acropolis itself.  We strolled up the wooded hill 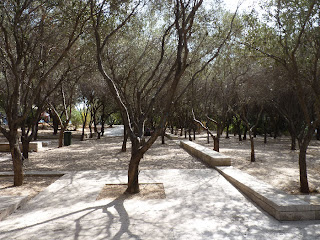 and I caught a glimpse of this gentleman. I would have loved to seen him face on. 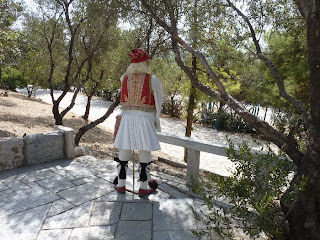 We paused at the first stone built theatre, 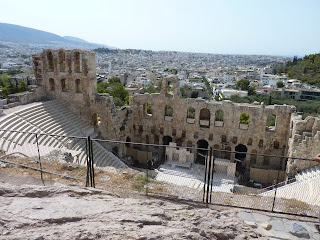 and kept climbing with our goal in sight. 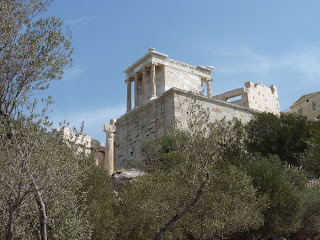 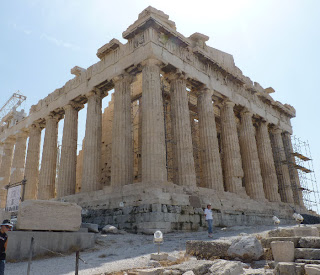 The top of the Acropolis is one huge restoration site and was crowded with tourists like us so I am quite pleased with this photograph because, I managed just one and a half people. Memo to all tourists, please do  not wear bright red, I so often find that I am just going to press the button and someone wearing brilliant scarlet appears in the viewfinder!!!!
I don't know if any other city in the world has such a viewpoint as this, which ever way you turn the city spreads out before you. 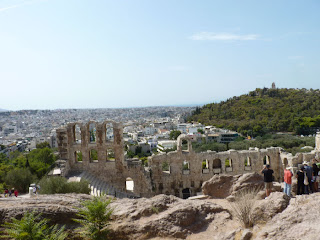 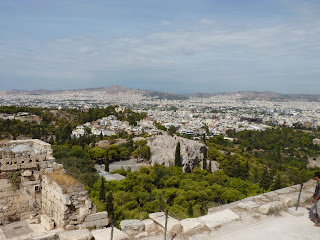 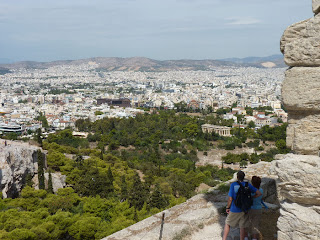 As you can see one day could not do justice to the amazing city.
I liked this reflection in the building behind our mooring 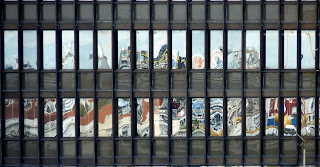 what an amazing holiday. you will have so much inspiration!

I would love to go back to Athens. I went to stay with my former boss when I was about 24 and had a lovely 10 days there and Delphi. I climbed up the hill with the little white church, Lycabbettos (?) opposite the Parthenon, on Good friday.