??? ...was my thought as I emerged from  Victoria Underground Station. 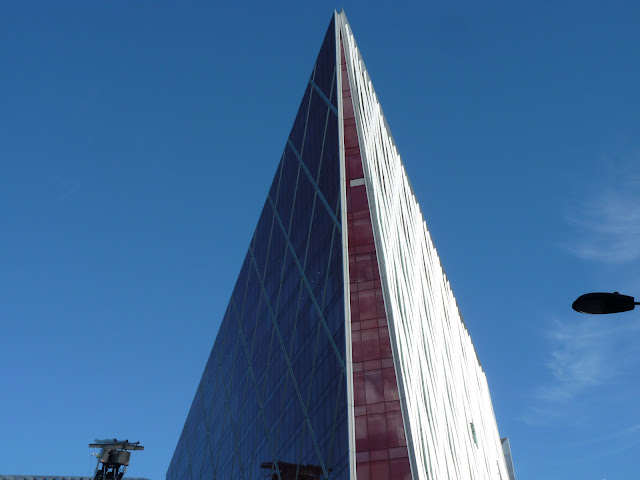 This is an area of London that I is not very familiar to me and the last time I was here, this wasn't.  They are upgrading the Underground station and the whole area has been transformed.  The old Victoria Palace Theatre looks as though it is being completely rebuilt to house "Hamilton" late this year, very late by the look of it as the moment. 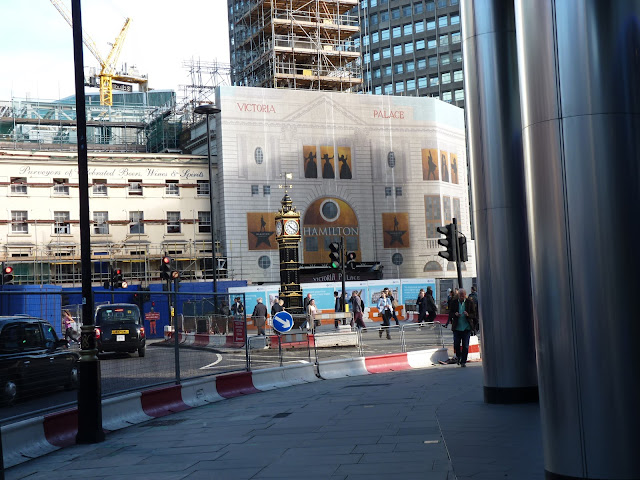 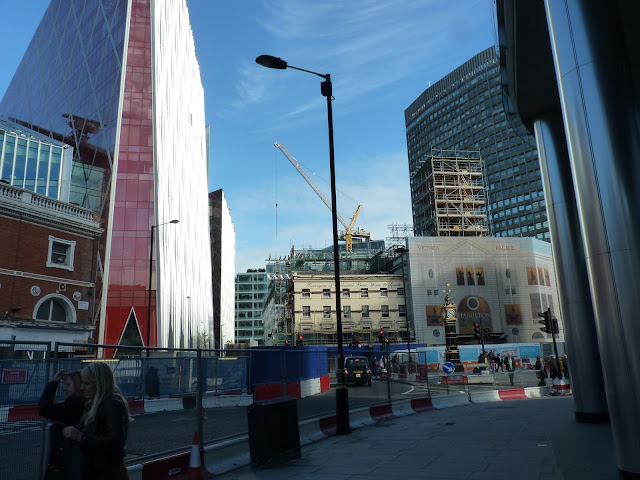 The theatre was in need of a re-vamp I saw the Crazy Gang there in about 1956 and it was dingy then. When I had orientated myself I found my way to Shepherd's Bookbinders which used to be Falkiners and near the British Museum and much easier to find and with a lot more character.  There was a group of ladies waiting for a class on coptic binding which I heard one of them announce was the "in Thing", that's me out of it then. The tutor was late presumable still orientating herself.
I bought some hideously expensive linen tape and a few nice pieces of paper. 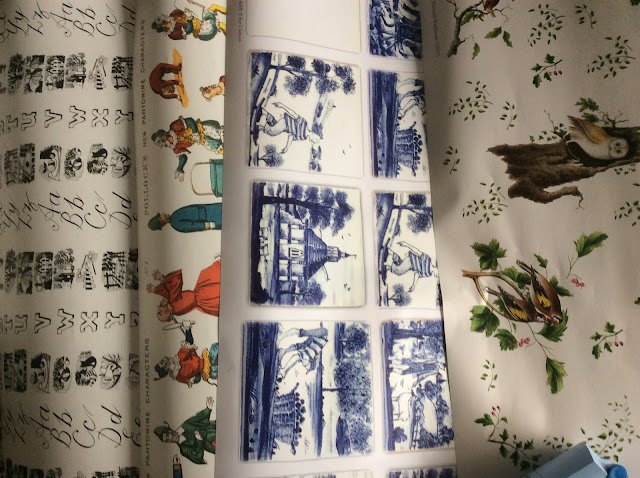 then it was off to this

Which was fun. My day was made when Osi Umenyiora 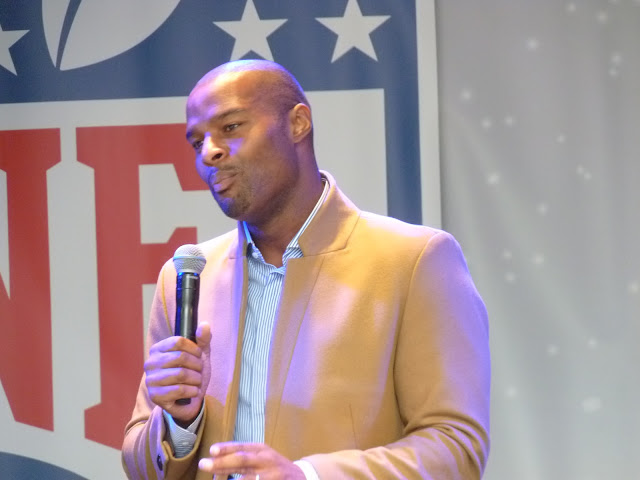 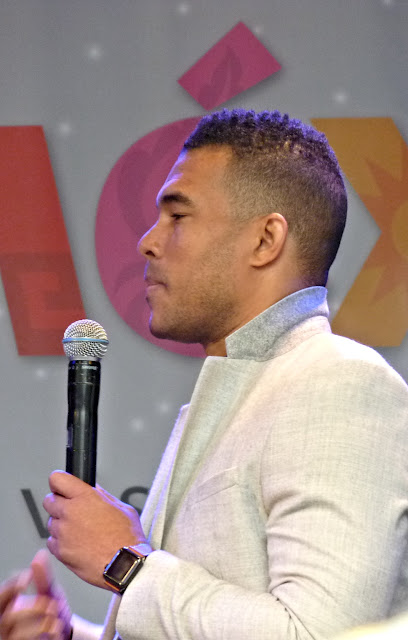 appeared on stage. The NFL show on the BBC is one of the highlights of my week, along with Mark Chapman they present a funny and informative programme.  Osi and Jason didn't disappoint yesterday.
Look who stood next to me. They were tall. 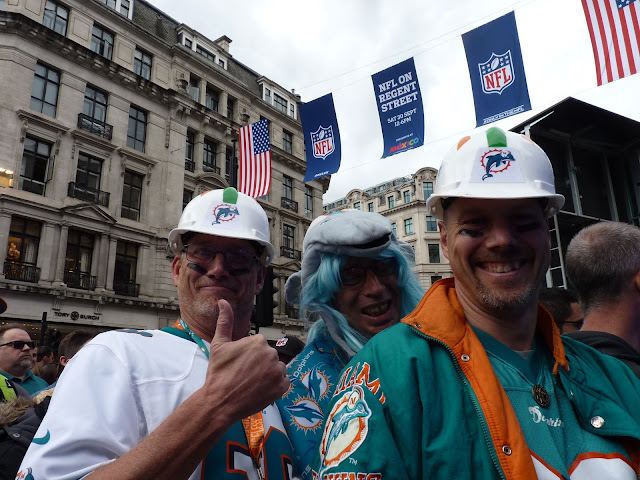 Flag football is a way of interesting young people in the sport. These guys were really little but enjoying it so. 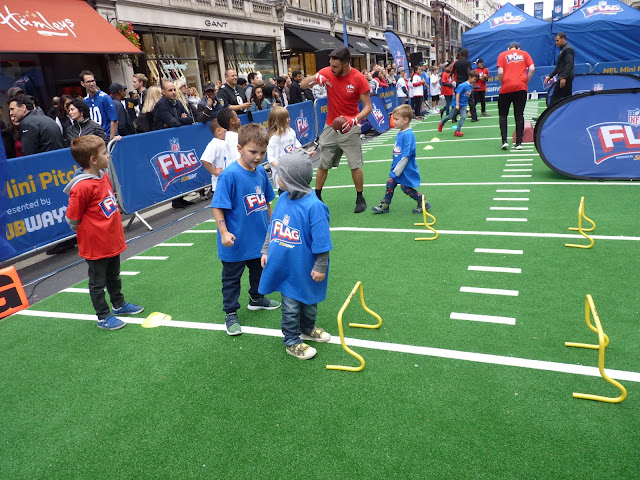 the young man in the "hoodie" was enjoying it so he kept taking turns in both lines and he was really good, I may have seen a future star.
I took my "proper" camera yesterday, I haven't used it in a while and I am seriously out of practice but two photographs I liked, the first I am calling  "Conversation piece". 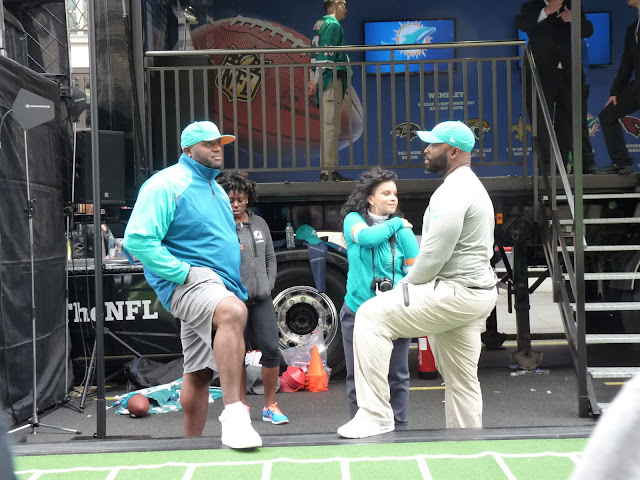 and this was while strolling through Green Park 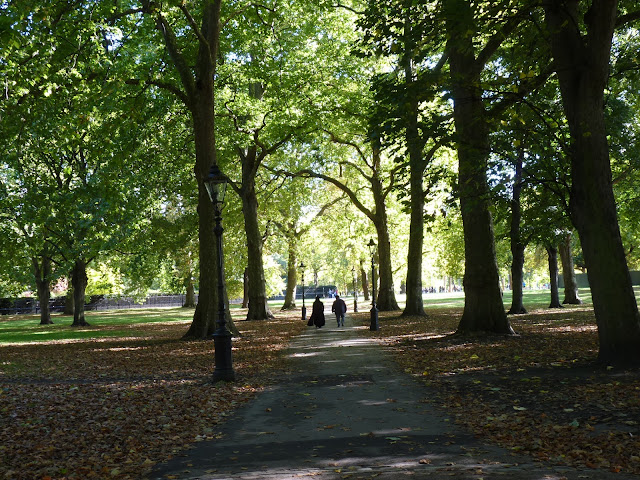 Remarkable because there were so many tourists around outside Buckingham Palace a few yards away that  I thought something was happening.
A good day.