Yeserday I took the train to London with a very firm objective but as this month has disappeared  and  because I had time to spare I decided to squeeze in a visit to the Remembrance Poppies at the Tower of London.I love walking through the City, especially at the weekend, time to look around. At the old and the new, cheek by jowl. 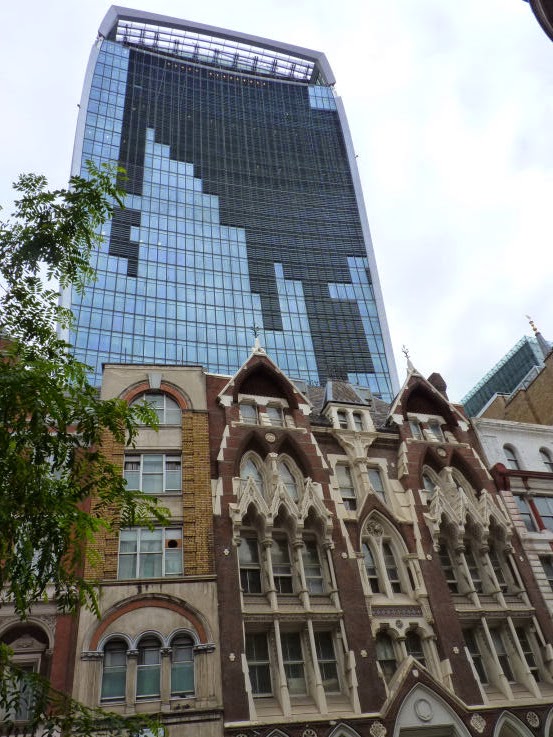 as expected the vista of the poppies was amazing and very moving, especially where they fell from the ancient walls . 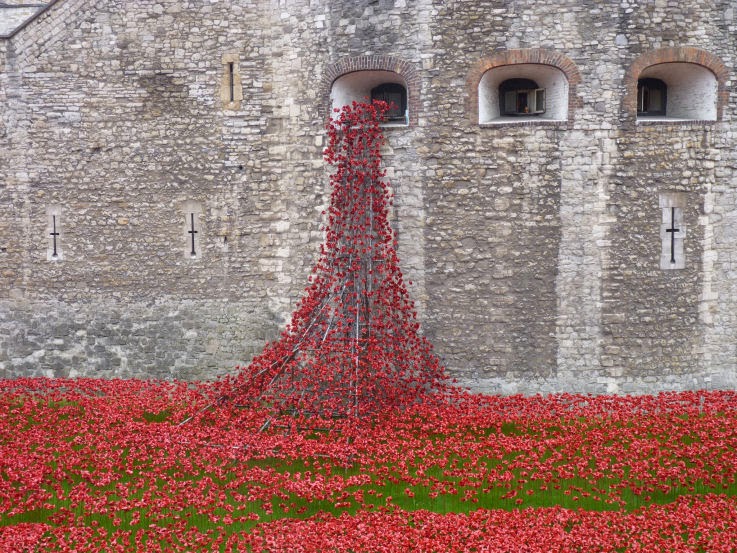 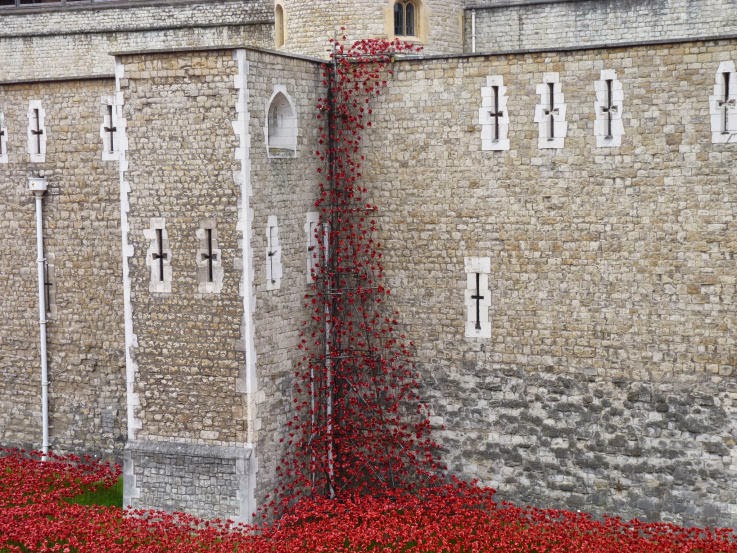 A variation on roses round the door 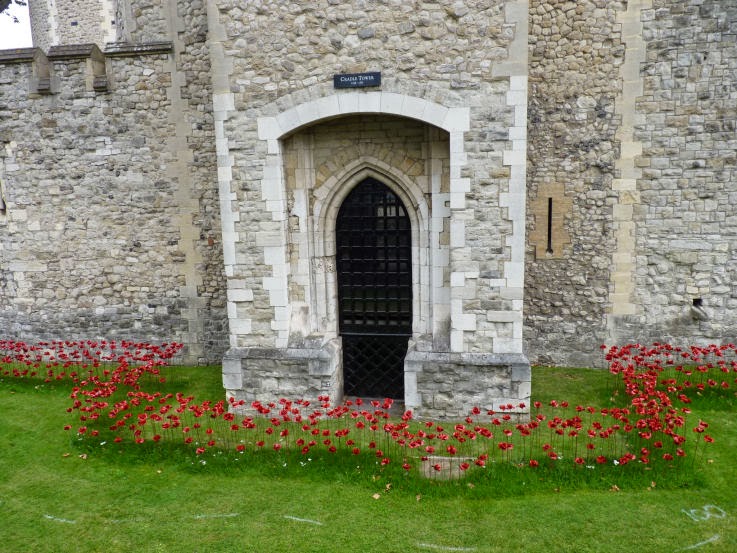 They are still adding poppies and there was large number of people assembling and "planting ". 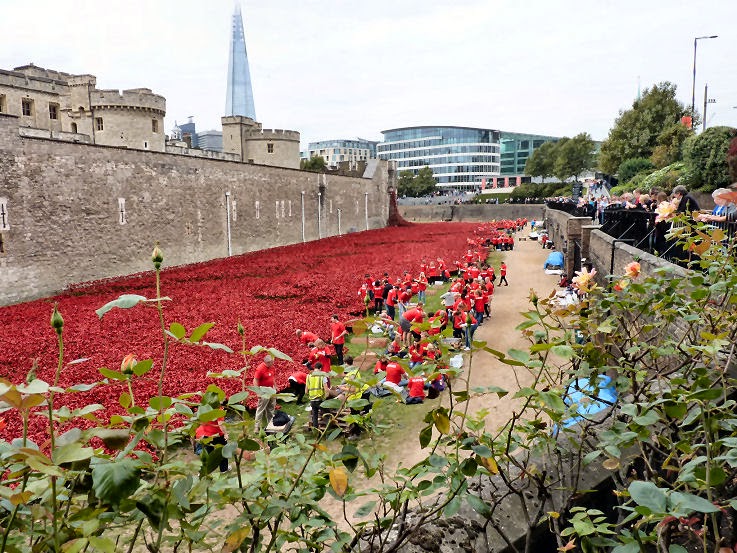 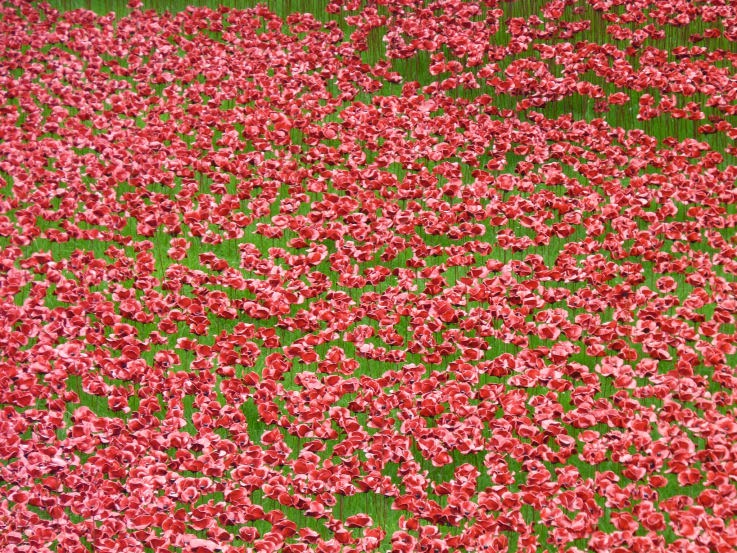 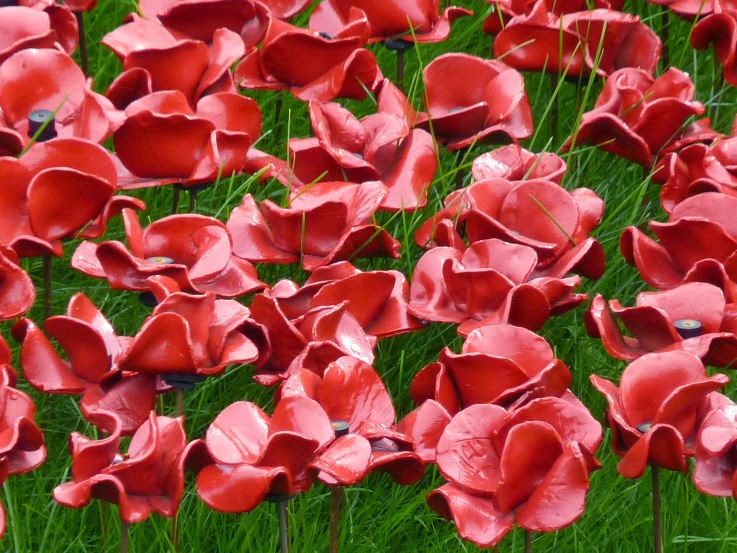 As I was leaving i caught site of these metal beast, I suppose representing the wild animals that were kept here at one time. I didn't have time to investigate fully but for some reason I found them very disturbing.
I searched and found they were made by Kendra Haste, wonderful but they are very ghostly.
And now, as they say, for something completely different.

Onto the main event, the NFL Fan Rally in Regent Street.  What a good day.  I saw Raiders' fans 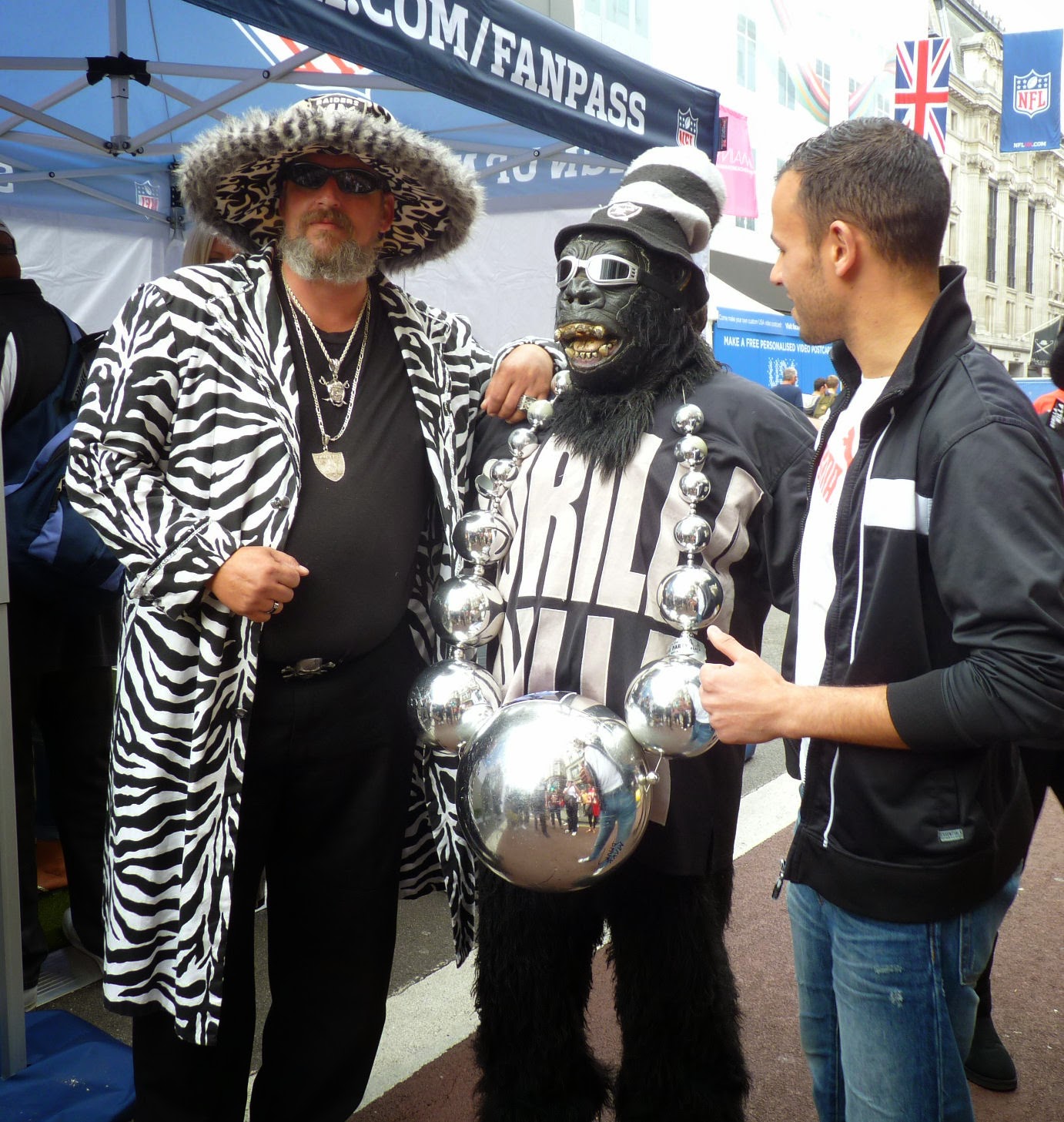 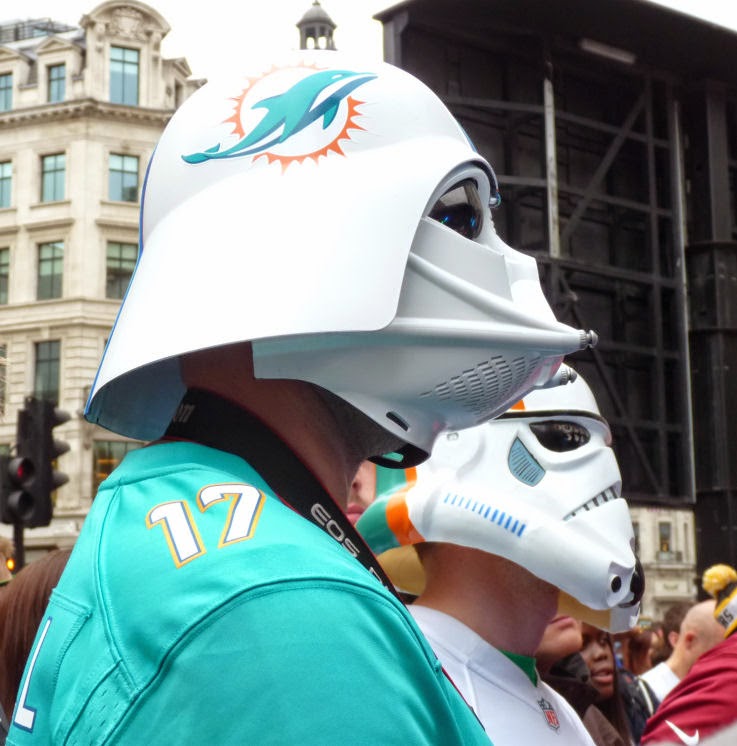 We took photographs of the cheerleaders 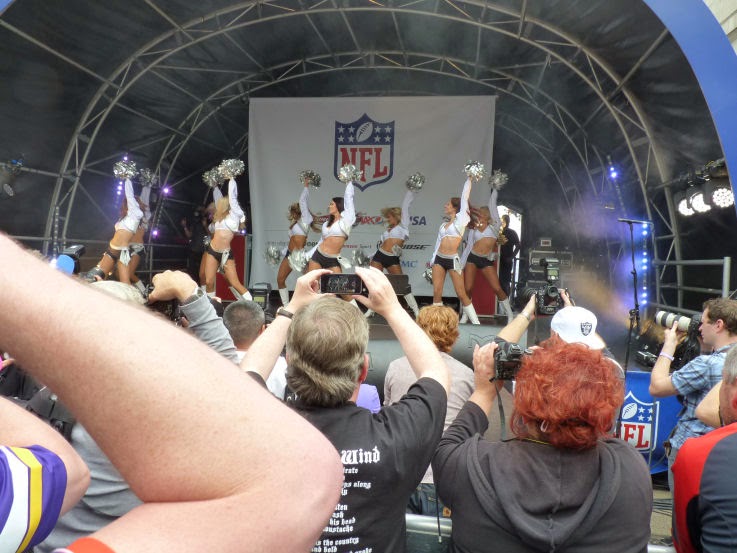 and then the players took photographs of us. 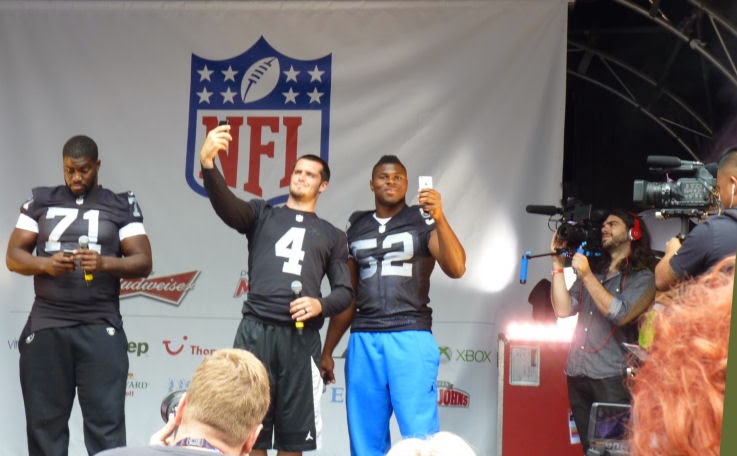 No 71, Menelik Watson  comes from Manchester.
I met a really fun group of people who made the day very special, 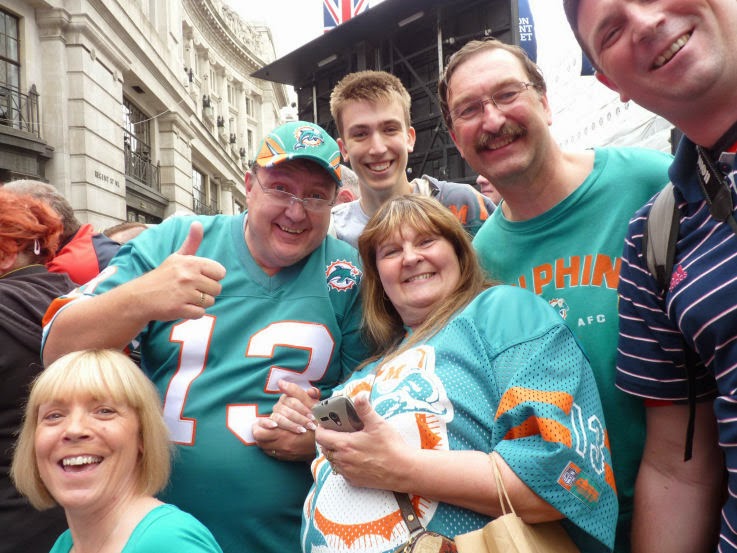 Thanks for the laughs.
The appearance of legend Dan Marino made their day (and mine) 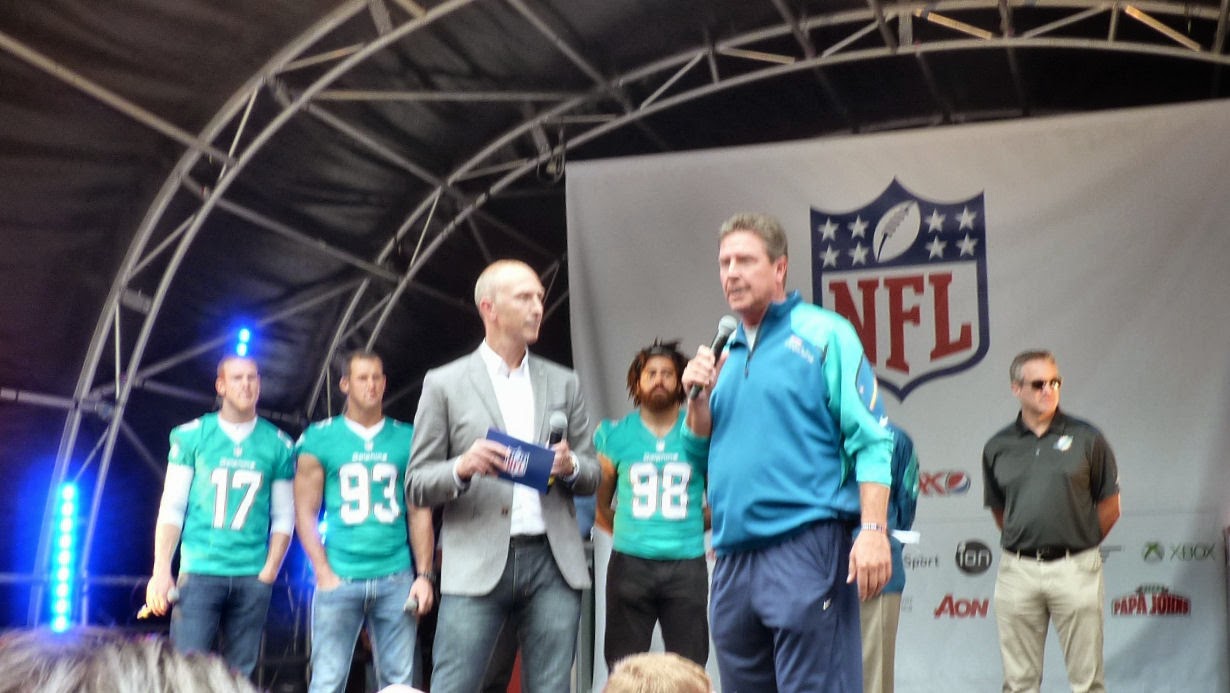 It was a great family day out with lots of activities for children, it was fun jersey spotting trying to see all 32 teams, oh you get the message it was fun.
Can you spot me? 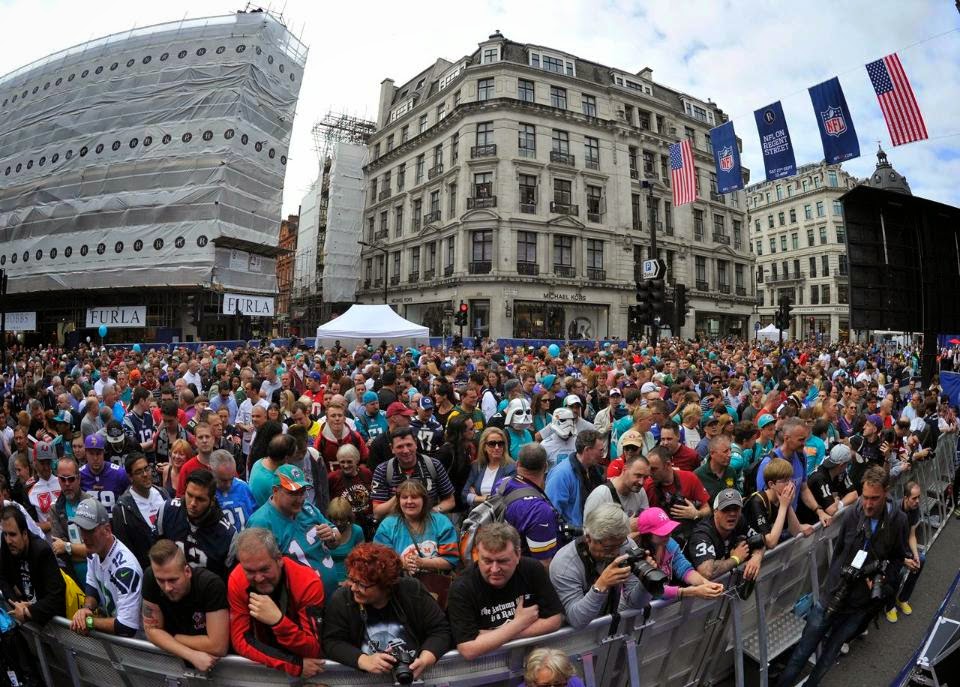 From the NFL UK web site no copyright breach intended.
My biggest smile of the day though was the three ladies of indeterminate age who had obviously come, in their killer heels, to shop in Regent Street and looked a bit bemused. Unfortunately camera was off at the time.
Right now to watch the Ryder Cup.  It's all go but at least I can sew while I am watching.
Posted by Pat at 9:35 am