yesterday I stepped back to 1553...at Kentwell Hall.  I took over 100 photographs (so I will edit them a bit) and even then now realise the ones I missed..    The Hall and the grounds are given over to a recreation of life in Tudor times and great pains are taken to achieve authenticity.  The vist kept us absorbed for nearly five hours and kept the conversation and questions going all the way home.  One thing was evident though, for us the day had been about cloth. For rich and poor, the making, using, wearing  and mending of cloth was an intergral part of life. We saw the spinners and weavers
the felters, cross I didn't take a picture of the hats. 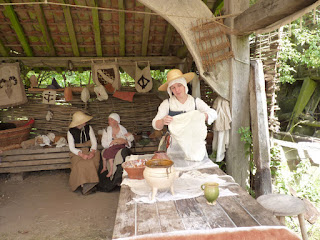 The dyers, (so taken with the results I missed taking the vats). 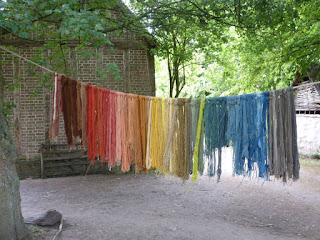 The laundry had been done. 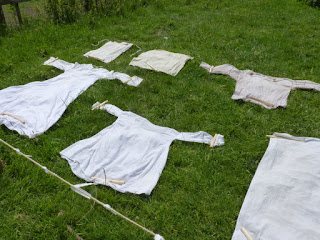 and in the house the seamstresses stitched their linen with linen thread. 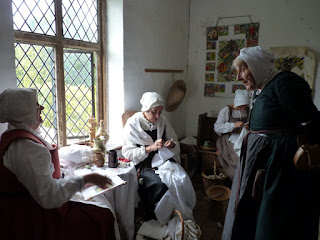 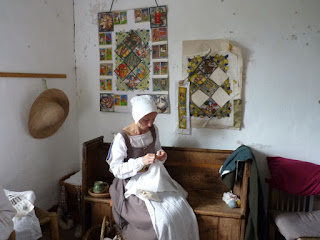 and everywhere people wore clothes which had been made to create as nearly as possible the clothes of rich and poor in those times. 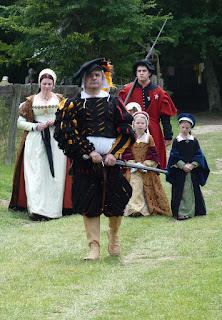 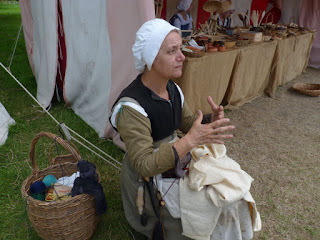 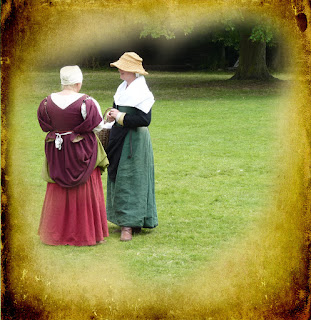 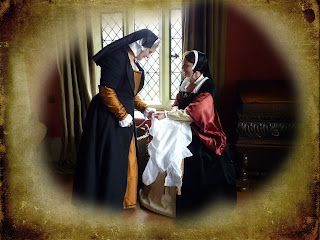 (Mask on the last two thanks to skeletal mess)
There was one more personto do with cloth but for me she was very special and deserves a post of her own.

Thanks for this trip back in time!! Love the kiln in your next post! More info on "skeletal mess"? I like the way you bordered the photo!

Oh my - that's me in the staw hat (felters station)

And that's me with the babe sitting next to her :)

It looks like a fabulous event. Great photos. I love the effect on the last 2.