..............No, I haven't been called to higher things it was just I spent a couple of days watching for the post to bring me this little wonder from Seth. It is called "Whispers" 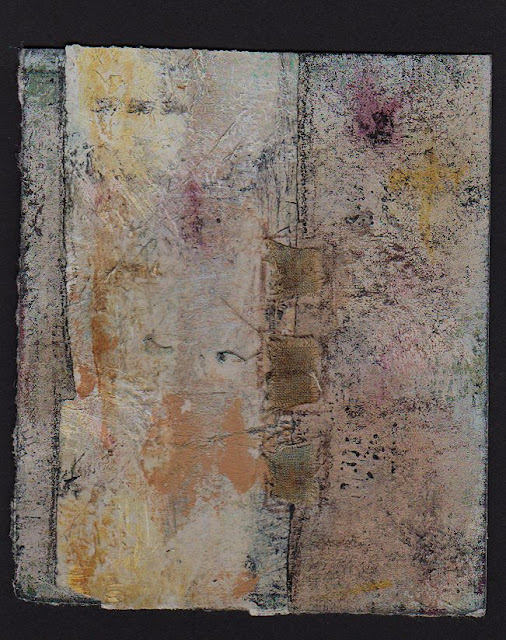 It is one of his Art Deck Series   I love it, there are so many layers and even little marks of gold .
The little squares are fabric to it is lovely to touch as well and the bonus is I now need a trip to London to Muji to buy the clear perspex frame to show it off.

I tried some layering myself, about seven or eight, I think, on one of those 7x5 canvas boards. 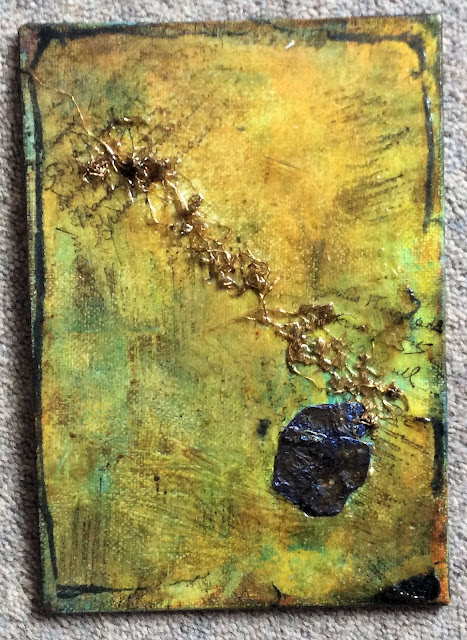 I finished if off with Seth's Vintage Beeswax embossing powder.  I decided it need some definition round the sides so I added  border of  Deep Sea. Being me I had to go just one step further and added one more layer of Vintage Beeswax and then that's when the magic happened. The "border" of blue slid away from the side and I accidentally touched the middle of the right side and it "tore" through to a couple of layers below.  The dark blue is part of the wrapping of my Easter egg. Nothing wasted see.

On Sunday I developed a sore throat so having no energy I sat and followed a blog hop from DeeDee Catron
and was inspired by this  video from Kiss My Creative.
Here is my version. 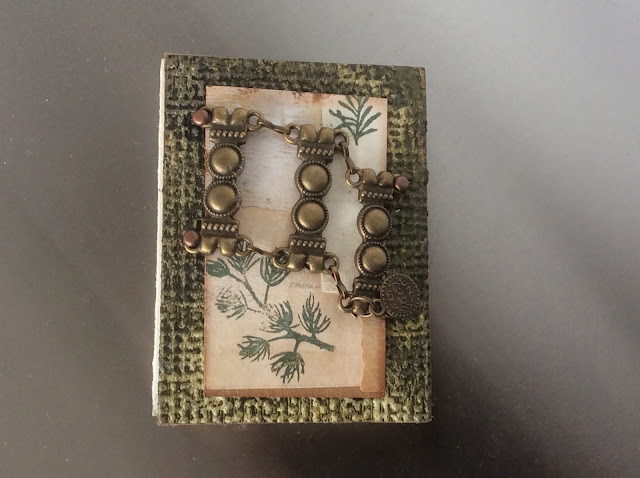 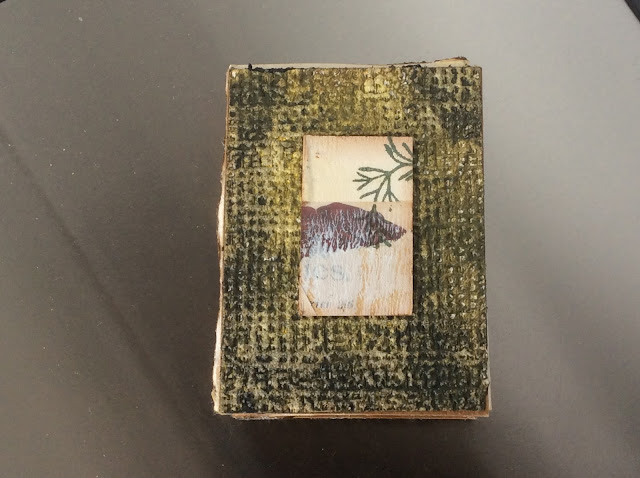 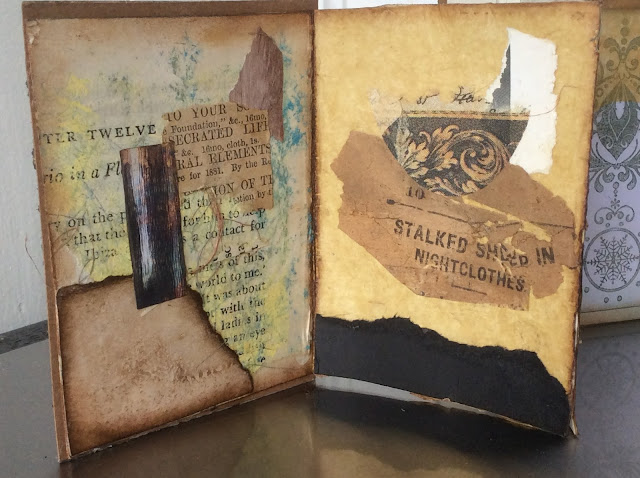 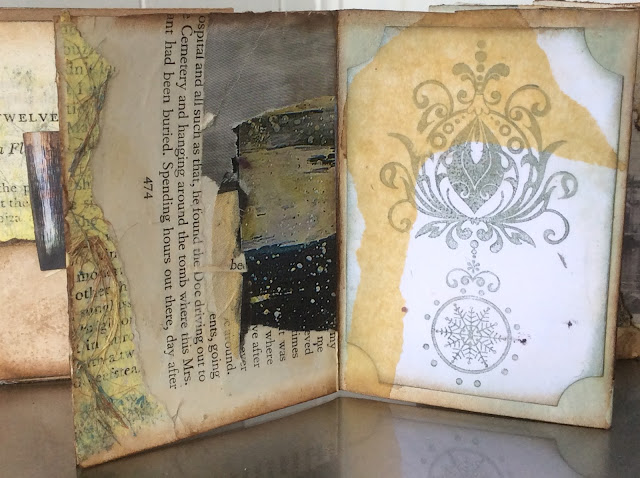 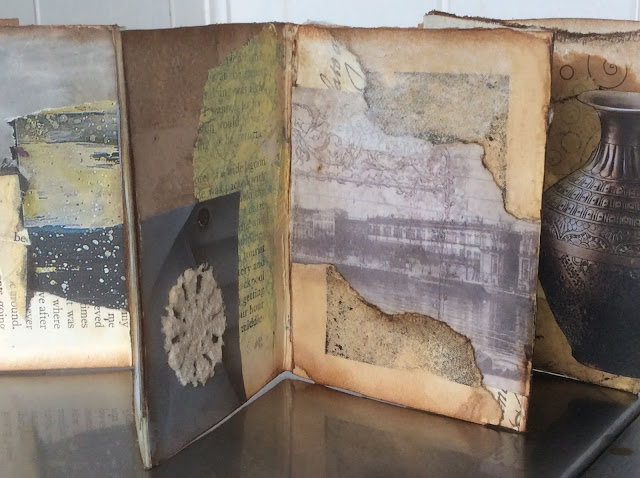 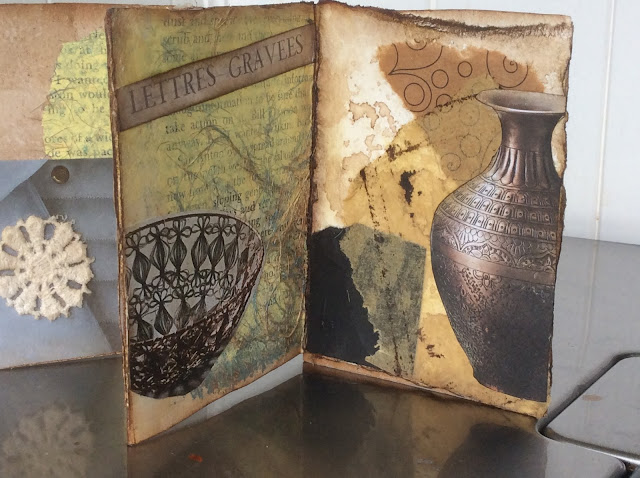 Sunday was also the day of the London Marathon for people with more energy than me. Because we were having an unseasonable warm sunny day the helicopter shots of London were wonderful so I used my ipad and captured some.. 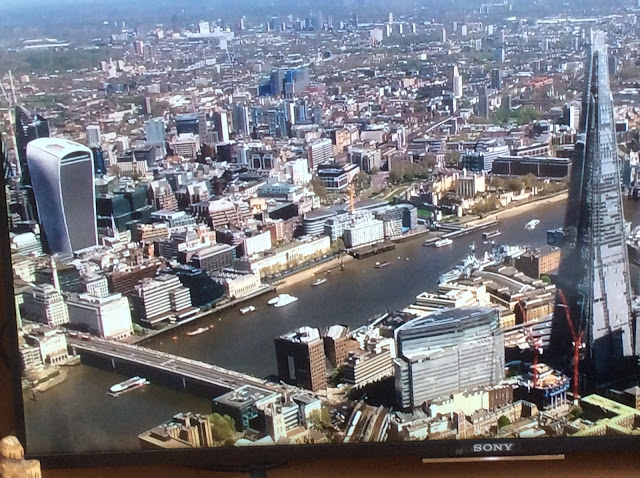 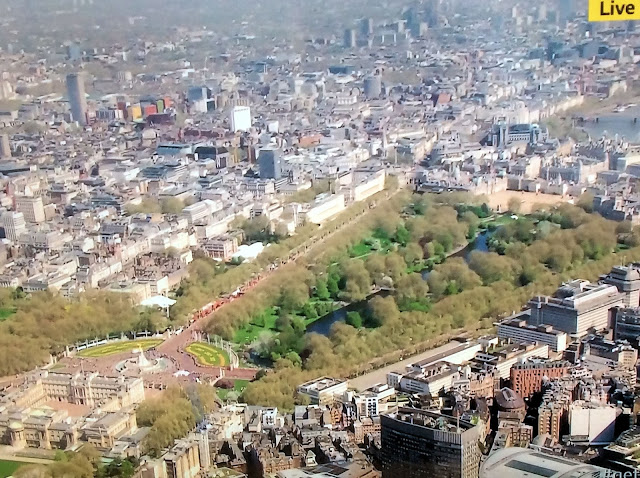 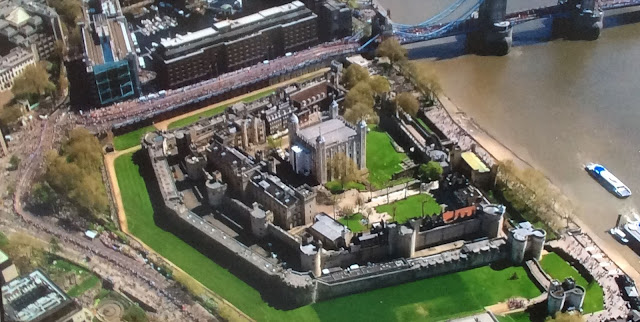 Big Ben in scaffolding, the London Eye , St Paul's and the City. 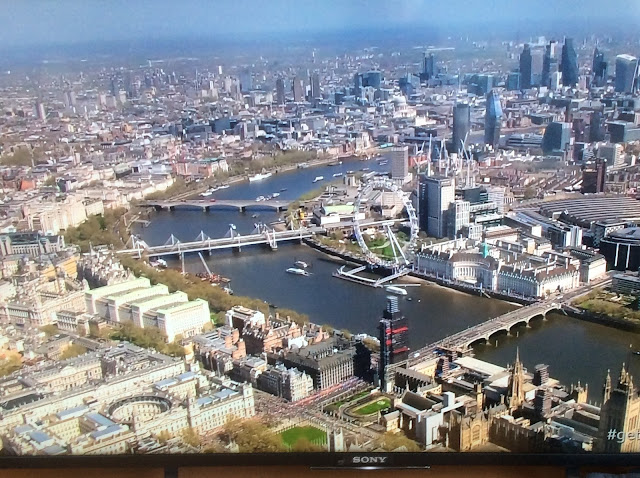