Ah Autumn,
Strictly Come Dancing and American Football on the TV.  Love it. 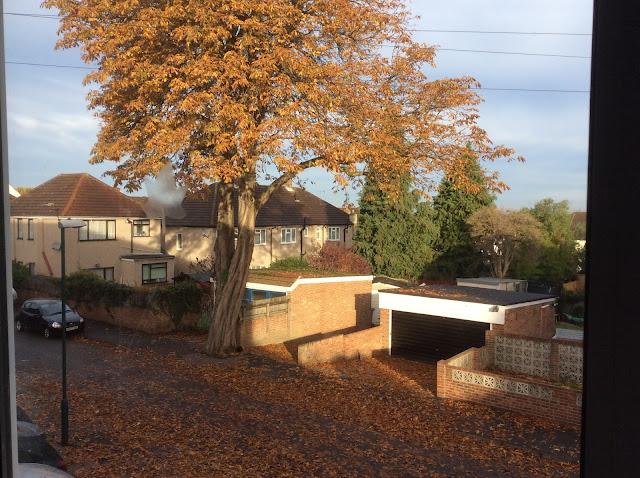 Watching so much television is also a great excuse for sitting and sewing, this is what is on my settee at the moment.  A vintage chair back cover, who remembers them (and replacing them a thousand times)?  This one is acting as a sort of stream of conciousness, sort of.  In other words what ever comes to hand or into my mind goes on it. It started with the red line and grew from there.  Still lots of space to fill.(as there is in my  head 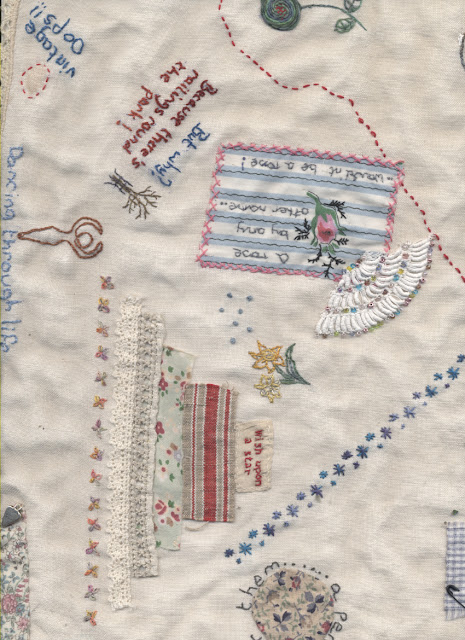 I got off the settee yesterday and went up to London for the NFL Fan day in Regent's Street.ahead of today's game at Wembley. It was a bit spoiled by the rain but great fun to see and  the 250 strong Ohio State
University Marching Band. 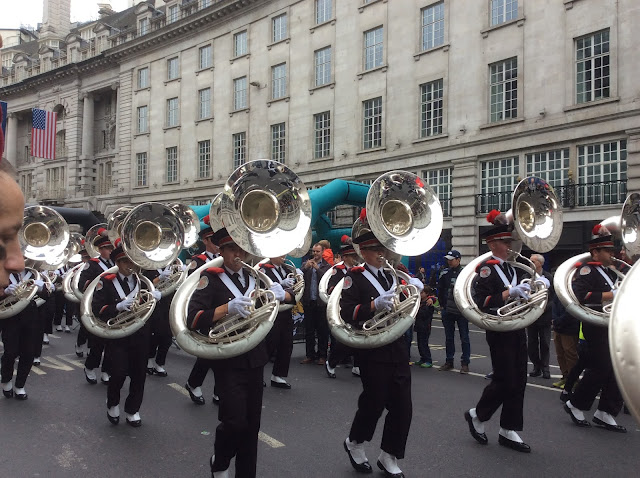 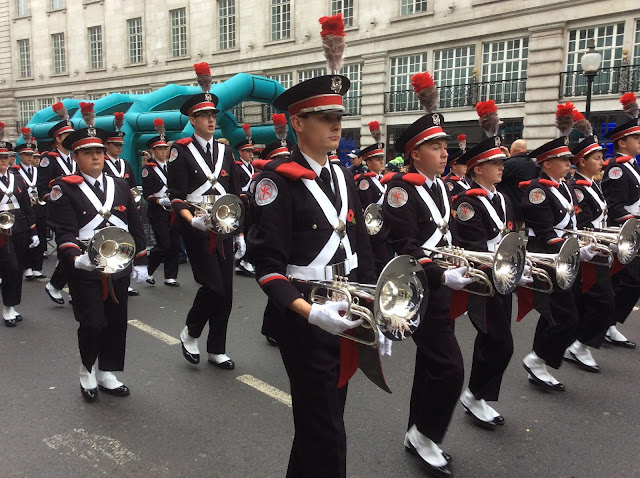 First time I have ever marched  down the middle of Regent Street. Well, you have to follow the band! Sorry. 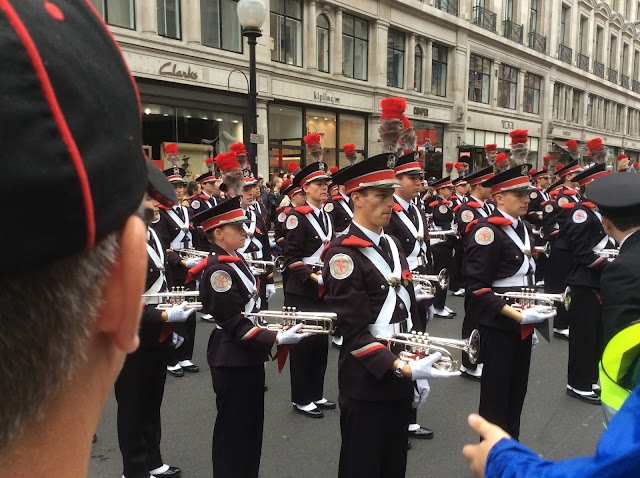 I spoke to the very proud grandfather of this young man who explained that his grandson played all the highest notes.   I asked if he, Grandad,  played the trumpet and he said "No, the banjo for sixty years".
I do love these little meetings you have with people on days like this.
I spent a little while watching some very large man be introduced until I gave in to the rain.  A wander back down Regent Street produced this spectacle. 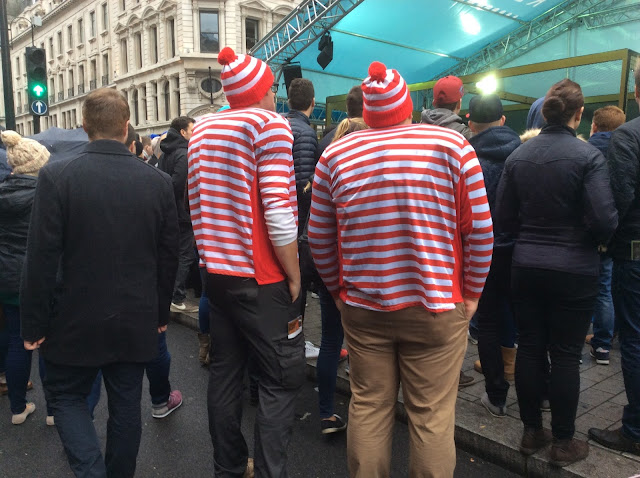 Last Wednesday it was The Girls day and we played making books.  We were having so much fun I completely forgot to take any photographs so mine is the only one i can show you. This is the other Wip. 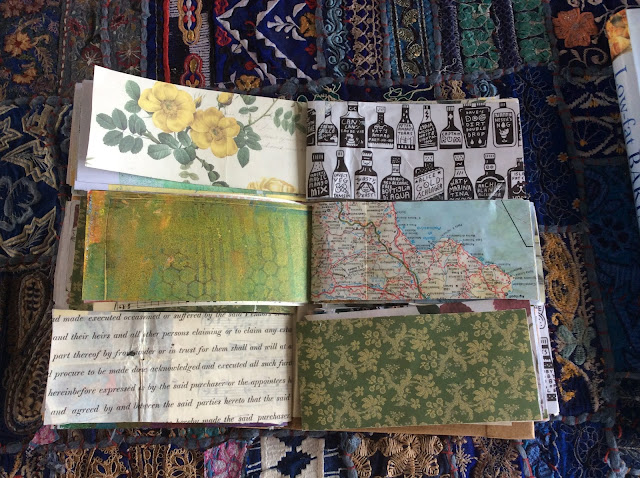 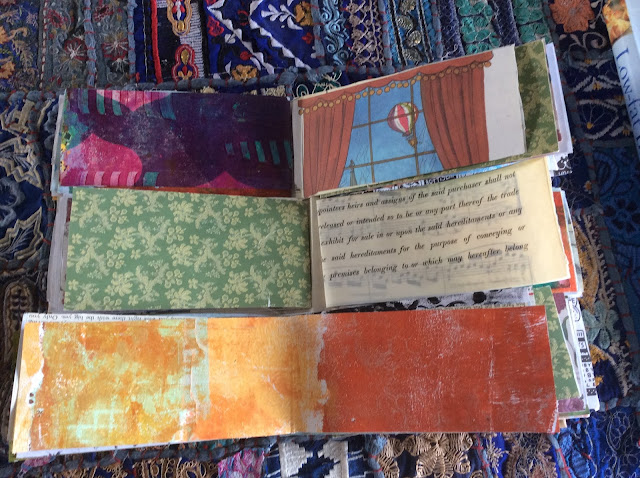 I made up sheets and then cut them into three, the thinking behind was the books we had as children with the head, body and legs so that you could make weird and wonderful people and animals.  These are just backgrounds and as you can see are not yet attached but I think they will stand further embellishment.