that's where I've been  Don't know if there is still anyone out there who is interested.   I won't bore you with the details, suspected servere infection of the gall bladder.  Of course it had to happen over a Bank Holiday weekend.  Getting out and about now but still run our of energy very quickly.  Enough.

I have been to London twice. On the first trip I went to to meet my daughter, I had a lovely stroll through Covent Garden where there were clouds.... 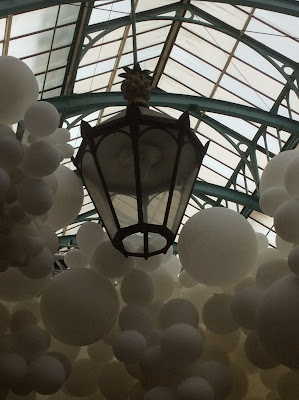 of bubbles.  Reminded me of The Prisoner. 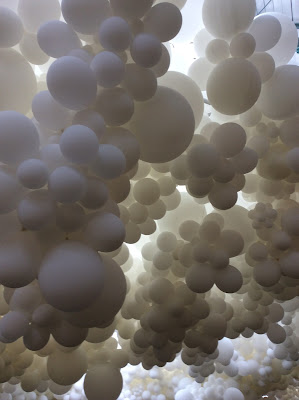 One to play with I think.
When I am in town I often make my way home with a little stroll thought the National Gallery, just take in a couple of paintings and then onward.  This time I lingered for quite a long while over a special exhibition where school children had been asked to study one of the pictures from the Gallery and then produce there own interpretation.  Fascinating. This was the painting St Michael Triumphs over the Devil by Bartolome Bermego. 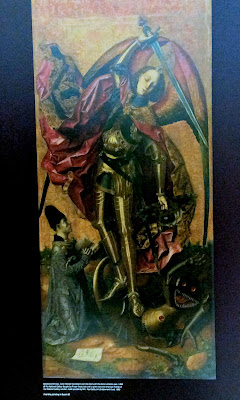 I wish I had photographed all the explanations panels which described the many different aspects which were discussed. One school has even taken the fact that his cloak was made of silk and had followed the history as to how the silk would have reached Europe.  They studied ways they could express their ideas in all kinds of artistic mediums and the results kept me in the gallery for quite a while. 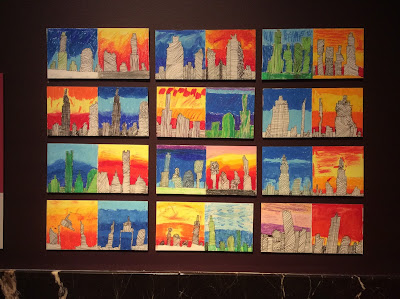 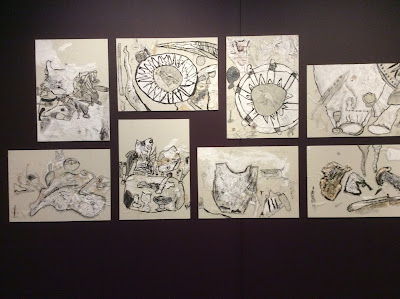 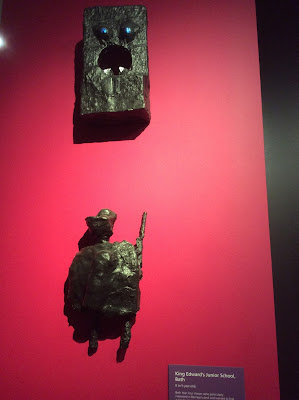 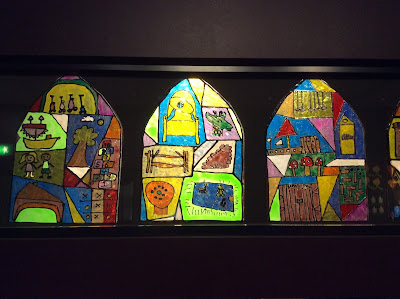 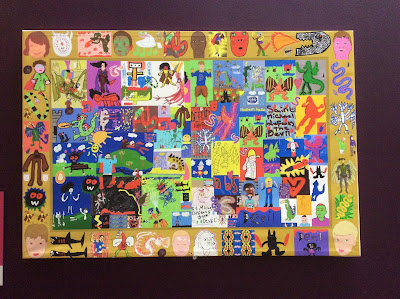 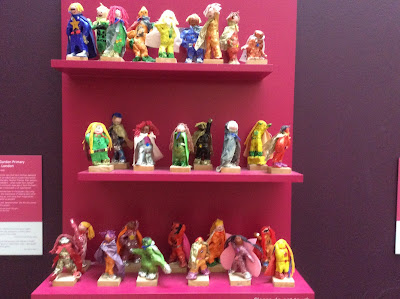 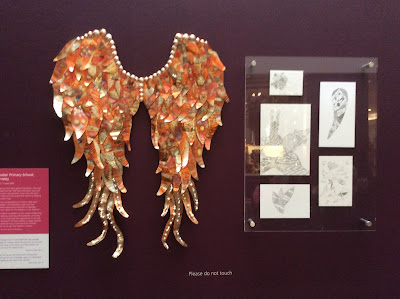 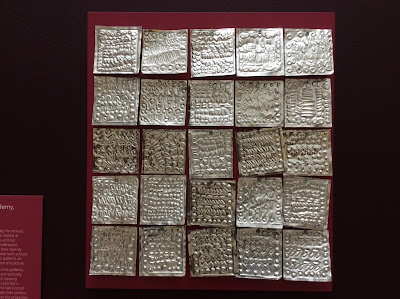 I went back on my second trip but the exhibition was finished..
My second trip was very exciting.  First is that DH went with me, first time he had been up to town for about 20 years. He saw a few changes!.  We walked through Covent Garden to be greeted by many Shaun the Sheep statues.  What fun.  Can't show them all there were dozens but these where some of my favourites. 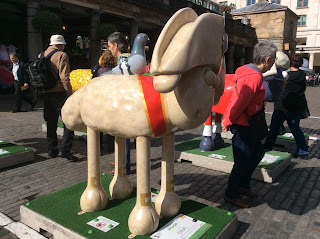 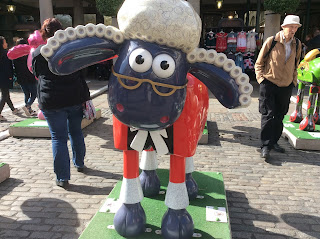 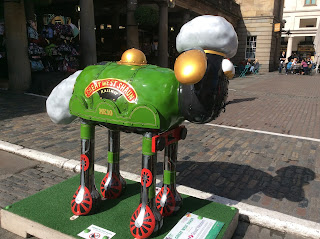 You can see loads more picturesor if you go to Google images Shaun in the City.
The reason for our trip to see our daughter playing Mrs.Wormwood in "Matilda the Musical" .We had missed her opening night but that was fine because doing the matinee we were able to go to tea with her during her break.
I can only say it was one of the best shows I have ever seen.  If you get the chance GO.
I had made Rebecca an autograph book in keeping with her character. 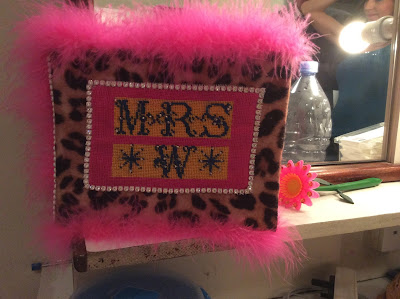 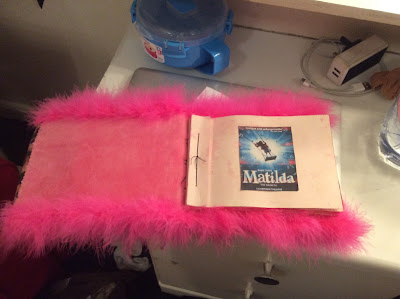 This week I am hoping to get back to normal.  A day with "The Girls" tomorrow, our textile group on Friday and then on Saturday a trip to Sew Not Strawberry Jam for a workshop with Viv Sliwka.  Hope this Indian Summer weather holds .