I have a new toy and a day out in Deal with my friend Pam where there was an open studios event was not to be missed on all levels.We had a  lovely day though we only visited a few studios as being one of the hottest days of the year we were drawn to the sea and then to a delicious lunch and of course I had to play wiith my new Lumix FZ38.  Before I show some of the shots I have to tell of a remarkable co-incidence.  At one of the studios I was fascinated by two "Cabinets of Curiosities".  These looked like the kind of exhibits that you used to see in a small town museum when I was a child but closer inspection of the labels showed that things were not always what they seemed. Do have a look, amongst the real curiosities were sly little jests such as a broken empty eggshell labelled "Curate's eggshell. The good and bad parts have been removed" and my personal favourite "the invisible bottle" When he was working on the first cabinet David became "interested in the authority of the label and the fact that a label can convince its readers that what is stated is correct"(Remind you of some textile labrels you have read?) Fascinating stuff which made you want to create your own cabinet, the co-incidence was, that out of the few studios we visited, David Nicholls  had actually done a very successful workshop on Celtic Design for us at Sevenoaks EG in May this year.
Here are a few experiments with my new camera. 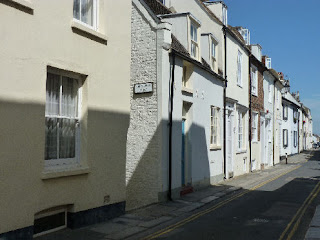 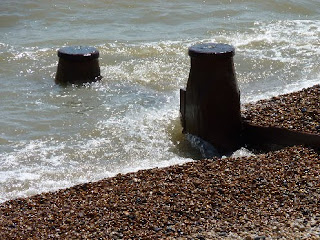 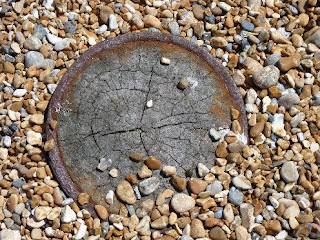 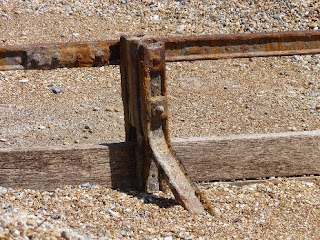 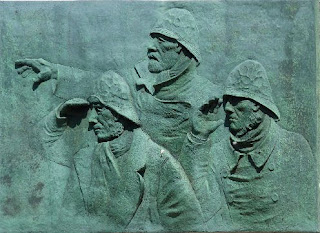 A bronze of brave men.
These two are adjusted in Paintshop Pro to highlight the amazing fog bank that was off shore. 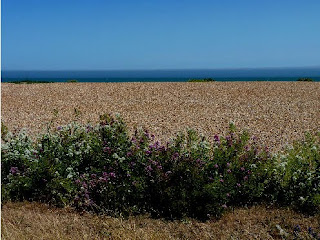 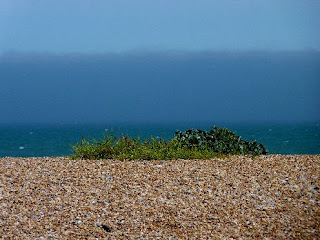 and finally if found a friend for the little stone I found two years ago. 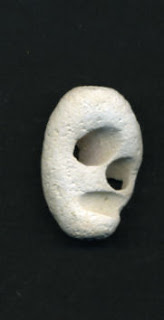 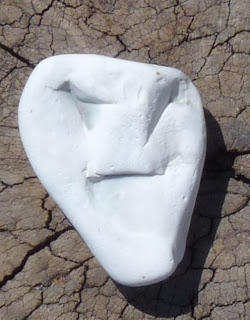 What a 'grand day out', your pics are super, especially the bronze brave men.
I adore the new stone, what a find.